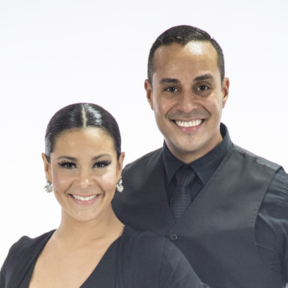 Ortos J. Gutiérrez Ortiz, better known as Tito Ortos, was born in Santurce on December 26, 1974. He holds a bachelor’s degree in Natural Science from the University of Puerto Rico. He studied music, vocals, bass, guitar and clarinet. Together with his father he has De Menor a Mayor Orchestra/Variety Show. Trained in other dance genres such as: Jazz, "Bomba y Plena", Rumba, Modern Dance and Tap among others. Is the Director of the San Juan City Salsa Dance Program since 1998. His method to learn how to dance salsa, has been used in Salsa programs in the municipalities of Carolina and Bayamon. Chorographer for artists such as: Gilberto Santa Rosa, Víctor Manuelle, El Gran Combo, Tito Nieves, La India, Andy Montañez, Charlie Aponte, Nklabe among others He was also the choreographer for the "Bomba" and "Cha-Cha-Cha" routine in Ricky Martin's appearance in Miss Universe 2001 and the Celia Cruz "Azúcar" Special in Miami in 2003. In addition, as a jazz dancer he has performed with Melina León, Yaire, Elvis Crespo, Olga Tañón among others.

Tamara Livolsi was born in Argentina on February 24, 1978 but was raised in Puerto Rico; she inherited from her mother the art of dancing. With more than 30 years of experience, trained in various dance disciplines like: jazz, ballet, hip hop, salsa and others, makes her a versatile dancer, instructor, judge and coach. In the early years she was a member of prestigious dance companies of Ballet and Jazz like: Ballets de San Juan and Bailos, with which she won several National Jazz Dance Championships. She has worked for artists like: Ricky Martin, Luis Fonsi, David Bisbal, Daddy Yankee, Don Omar, Wisin y Yandel, Melina León, Manny Manuel, Ednita Nazario, Yuri, Millie Coretjer, Grupo Mania and Wilkins among others. Tamara also created and teaches her Latin Funk Style workshops. 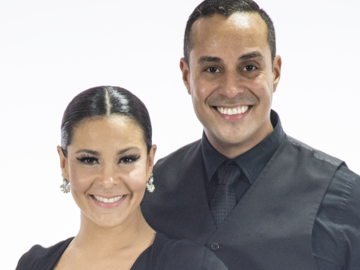